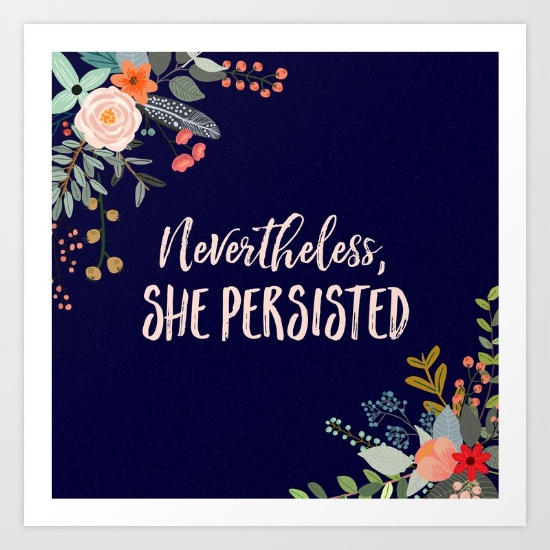 Happy Women's History Month! March is one of my favorite months, because it celebrates some of the coolest people to ever live on this planet. The weather might not be the best this month, but there is a lot of learning to do. For me personally, Virginia Woolf might be the coolest lady to ever live, but she definitely has some stiff (pun intended-ish) competition.

It's hard to narrow down the list of my favorite books by women, but I'm going to try! Here are a few favorites from several different categories that I love and recommend.

Kamala Khan is one of Marvel's newest (and most awesome) superheroes. This Muslim American teen from New Jersey has inherited the title and the powers from the previous Ms Marvel (now Captain Marvel,) Carol Danvers. Besides her fighting villains and taking down the system, what I like the most about Kamala is her being a mostly average teen, and her snarky sense of humor. Author Willow Wilson's personal life has many parallels to Kamala's, and that makes this story particularly enticing. One of the best things Marvel has done, without a doubt.

Princess Princess Ever After by Kate O'Neill

This is the princess story we've all been waiting for! O'Neill's take on a classic fairytale rescue story breathes unexpected life into a typically predictable genre. Without giving too much away, this graphic involves an interracial lesbian couple (the princesses,) and a prince who needs rescuing. It is cute, fun, and different.

In her funny & poignant memoir, Jessica Valenti discusses what it means to be a woman, and how women are often pressured by media, by men, and by other women to be sexualized, objectified beings. Thankfully, she also explores how society & activists can try to eliminate the real dangers of abuse, sexual assault, and harassment. Valenti's book begins with personal stories of being harrassed at a young age on public transit, and her stories continue to span her entire life up to its current point. Besides the content being very relatable, Valenti's voice is strong and funny, and allows for a serious topic to be explored in a way that never feels too heavy. I found myself nodding, laughing, and feeling empowered throughout.

In attempting to create my own, I have read a wide selection of trauma memoirs. This is one of the best I've read. Emily Winslow writes about discovering the identity of her rapist twenty years after the fact, about the trial, and about the justice served and also the lack thereof. She talks openly about her personal struggles with navigating her life after her assault, and about how the trauma continues to affect her, even twenty years later. While it is a sad story in many ways, Emily Winslow continues to instill hope in the reader simply by living. Though she makes it clear that nothing about the process has been easy, she also notes how she has learned to live her truth, and how she has fought for others who cannot fight for themselves.

This is one of my favorite books to gift to friends and family. The illustrations of each of the world-changing and innovative women discussed are beautiful and vibrant, and the biographies of each woman are short and easy to read, but also do not skimp on the details. Although the target audience is technically children, I think this ode to badass ladies around the globe is appropriate for every bookshelf. Despite being a feminist and a lover of history myself, there were several women in this collection who I knew hardly anything about until I picked this up, which is another reason I think it is such an important read. We can always stand to learn and grow.

Girl At War by Sara Novic

Novic's semi-autobiographical debut novel follows 10 year old Ana Juric during the Croatia-Serbia genocide as she attempts to escape and begin her life as a refugee in the USA. The story follows her into adulthood and as she revisits her homeland and rediscovers the people and places she was forced to leave behind. This is a stunningly-written book, and it is also extremely timely. Novic wrote from the heart, and that is very apparent.

Rosie Revere is a character who proves that girls can do anything! She is a brilliant scientist, who invents and creates incredible contraptions in her spare time. Sometimes, Rosie's inventions don't work out quite right, and she hates seeing herself fail. Luckily for her, Rosie's aunt explains that success isn't possible without failure, and that allows Rosie to see her shortcomings in a new and positive light. This picture book has a sweet message, and a really great main character!

To the Lighthouse by Virginia Woolf

Woolf is tied with Charlotte Bronte as my favorite classic female author. Her prose is stunning, and it is always perfectly crafted and curated. To the Lighthouse is perhaps Woolf's most famous work, and that is because it accomplishes the tough task of remaining relevant all these years later. Woolf is the master of writing characters who narrate in stream-of-consciousness, and she is always a pleasure for me to read and fall in love with all over again.

One Crazy Summer by Rita Williams-Garcia

This book follows three young sisters in the late 1960s as they make their way from New York to California to meet their estranged mother and to see what she does with her life. Upon arrival, the girls discover that their mother isn't going to take them on vacation or show them the state, but that she is actually a member of The Black Panthers. The three sisters end up being taken to a camp run by Black Panthers members, where they learn more about race relations and activism than they'd bargained for. While the subject isn't a particularly lighthearted one, Williams-Garcia infuses this piece of historical fiction with a lot of comic relief. It's a great book, which is actually the first in a series of three, and it is one that tells a story that is so often overlooked in mainstream media.

I have many many more books I could add to this list, in several other categories. There are so many great books by women authors in the world, and I take genuine pleasure in knowing that I get to share the books that I love with others on a daily basis. Women are strong, fierce, and independent, and their stories, whether fact or fiction, are ones which deserve to be read and heard. Part of the joy of working around books is getting to constantly read and discover new authors and books, and to think about which ones will make it to my list next March.