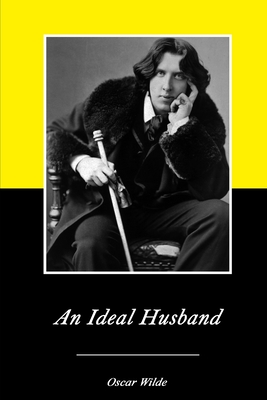 By Oscar Wilde
$14.95
Available at Warehouse

An Ideal Husband is an 1895 stage play by Oscar Wilde that revolves around blackmail and political corruption, and touches on the themes of public and private honour. The action is set in London, in "the present", and takes place over the course of twenty-four hours."Sooner or later," Wilde notes, "we shall all have to pay for what we do." But he adds that, "No one should be entirely judged by their past." Together with The Importance of Being Earnest, it is often considered Wilde's dramatic masterpiece. After Earnest, it is his most popularly produced play.In the summer of 1893, Oscar Wilde began writing An Ideal Husband; he completed it later that winter. His work began at Goring-on-Thames, after which he named the character Lord Goring, and concluded writing at St. James Place. He initially sent the completed play to the Garrick Theatre, where the manager rejected it, but it was soon accepted by the Haymarket Theatre, where Lewis Waller had temporarily taken control. Waller was an excellent actor and cast himself as Sir Robert Chiltern. The play gave the Haymarket the success it desperately needed.After opening on 3 January 1895, the play continued for 124 performances. In April of that year, Wilde was arrested for "gross indecency" and his name was publicly removed from the play. On 6 April, the same day as Wilde's arrest, the play moved to the Criterion Theatre where it ran from 13-27 April. The play was published in 1899, although Wilde was not listed as its author. This published version differs slightly from the performed play, as Wilde added many passages and cut others. Prominent additions included written stage directions and character descriptions. Wilde was a leader in the effort to make plays accessible to the reading public.