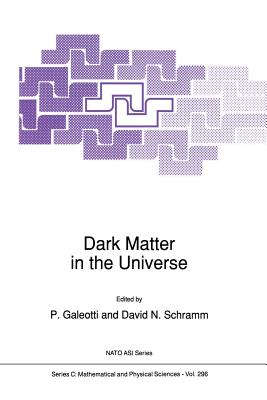 The second Erice course in the school of Particle-Astrophysics was held in May, 1988. The topic choosen was Dark Matter. This is one of the most exciting top- ics at the interface of particle physics and astrophysics. It is developing rapidly now due to a coming together not only of the theoretical concepts from the early universe with the theoretical concepts of galaxy formation, but also the coming to- gether of the theorists, experimentalists and observers. It is with Dark Matter, the combined interrelated topics of galaxy formation and the generation of large scale structure that we see a confrontation of the exotic ideas from the early universe, such as phase transitions and unification, coming face to face with the realities of traditional observational cosmology. These realities have recently been heightened by the tremendous number of new observations, demonstrating that large scale structure of the universe is far more complex than anybody had suspected. In particular, we now see large scale foam, apparent large scale velocity fields, indicating devations from the Hubble flow, large scales of the order 100 Mpc, and galaxy formation occurring at high red shifts much greater than unity. We also see an apparent correlation of clusters of galaxies that may even exceed the c- relation of galaxies despite their being on much larger scales with lower average densities.