The Science of Astrobiology: A Personal View on Learning to Read the Book of Life (Cellular Origin #20) (Paperback) 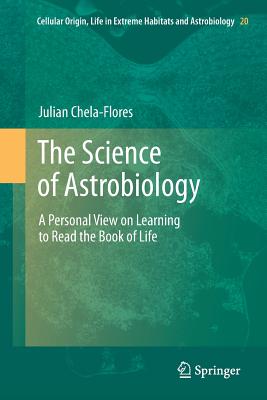 By Julian Chela-Flores
$229.99
Available at Warehouse

This is book number 20 in the Cellular Origin series.

Since the publication of The New Science of Astrobiology in the year 2001--the first edition of the present book--two significant events have taken place raising the subject from the beginning of the present century to its present maturity. Firstly, in 2001 the Galileo Mission still had two years to complete its task, which turned out to be an outstanding survey of the Jovian system, especially of its intriguing satellite Europa. Secondly, the Cassini Huygens Mission was still on its way to Saturn. Its present success has surpassed all expectations of ESA and NASA. Astrobiologists still did not know that Titan was the fifth body in the Solar System that possibly contained a water ocean (including the Earth and the three Galilean satellites other than Io). For these reasons the book includes overviews of the evolutionary and molecular biology that are necessary. There is a discussion of other sectors of culture that are the natural frontiers of astrobiology, especially the humanities.