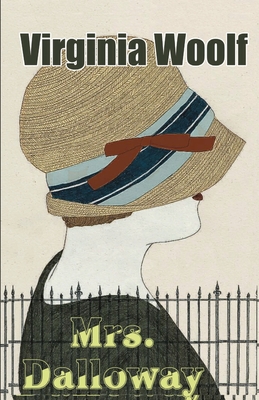 Now you can live a day in the life of a young woman in 1920s London. Virginia Woolf's Mrs. Dalloway follows one day of upper-class housewife Clarissa Dalloway's life as she plans and hosts a dinner party at her house. Along the way she meets with people from both her past--a former suitor whose proposal she rejected and whom she no longer gets along with--and her present--her distant husband, Richard; her daughter, Elizabeth; and her daughter's teacher, Miss Kilman, whom she despises (and who feels the same towards Clarissa). Along the way, we separately meet a young veteran who was once a poet and a romantic before experiencing the horrors of war and becoming suicidal. He is diagnosed with mental illness and is being forced to separate from his wife and go to a mental asylum. Enter the world of Clarissa Dalloway and enjoy the writings of one of the most prolific female authors of the 20th century with this beautifully rejuvenated edition of Virginia Woolf's Mrs. Dalloway.

Virginia Woolf was one of the most prolific female authors of the twentieth century, writing more fiction works than James Joyce and William Faulkner combined. She was well-known for her stream-of-consciousness writing, and her essays and stories often focused on popular cultural topics and ideas, such as discrimination, war, social class, and politics. Some of her most popular works were her novels To the Lighthouse (1927) and Mrs. Dalloway (1925).