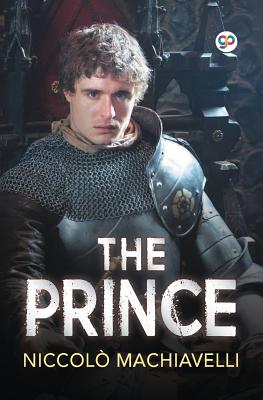 The most famous book on politics ever written, The Prince remains as lively and shocking today as when it was written almost five hundred years ago. It is indispensable to scholars, students, and those interested in the dark art of politics. Widely regarded as one of the sincerest looks at the seizure and retention of power, the lessons Machiavelli learned from Florentine and Roman politics have been used for centuries by political elites around the world. While terrifying in their brutality, they nonetheless describe a world as it was, and can be applied to understand our world as it is. It warns that if a state is not governed properly it shall collapse on the ruler. It describes the art and craft of war. It elaborates on the qualities of a prince and his prudence. It gives lessons in statesmanship and on judging the strength of principalities. ABOUT THE AUTHOR: Niccolo di Bernardo dei Machiavelli (May 3, 1469 - June 21, 1527) was an Italian diplomat, political philosopher, musician, poet and playwright. Machiavelli was a figure of the Italian Renaissance, and a servant of the Florentine Republic. In June of 1498, following the ouster and execution of Savonarola, the Great Council elected Machiavelli as the Secretary to the second Chancery of the Republic of Florence. He is most famous for one of his shorter works--'The Prince', sometimes described as a work of realist political theory. However, both that text and the more substantial republican Discourses on Livy--as well as History of Florence--were printed only after his death, all appearing in the early 1530s. In his own lifetime, while he circulated 'The Prince' among friends, the only work Machiavelli promoted through printing was his dialogue on 'The Art of War'. But generations from the sixteenth century onwards were most attracted and repelled by the cynical approach to power on display in The Prince, Discourses and History.