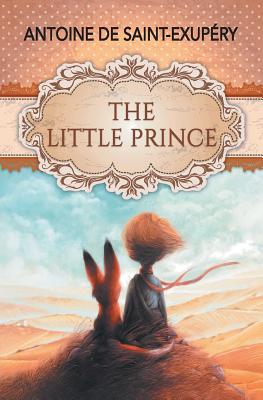 Few books have been as universally cherished as 'The Little Prince', the haunting, lyrical fable that explores the very meaning of life. Rediscover the beloved story that begins with a simple picture and blossoms into a spellbinding adventure. At first glance, Antoine de Saint-Exup ry's 1943 classic 'The Little Prince'-with its winsome illustrations of a boy prince and his tiny planet-appears to be a children's fairy tale. It doesn't take long, however, to discover that it speaks to readers of all ages. A great read for teens, features Saint-Exup ry's original full-color illustrations and the unabridged text. About the Author: Antoine de Saint-Exup ry, officially Antoine Marie Jean-Baptiste Roger, comte de Saint Exup ry, was a French aristocrat, writer, poet, and pioneering aviator during a period when flying machines were made of sticks and fabric. He became a laureate of several of France's highest literary awards and also won the U.S. National Book Award. He is best remembered for his novella The Little Prince and for his lyrical aviation writings, including Wind, Sand and Stars and Night Flight. Saint-Exup ry was a successful commercial pilot before World War II, working airmail routes in Europe, Africa and South America. At the outbreak of war, he joined the French Air Force, flying reconnaissance missions until France's armistice with Germany in 1940. After being demobilised from the French Air Force, he travelled to the United States to persuade its government to enter the war against Nazi Germany. Following a 27-month hiatus in North America, during which he wrote three of his most important works, he joined the Free French Air Force in North Africa, although he was far past the maximum age for such pilots and in declining health.