The Story of My Misfortunes (Paperback) 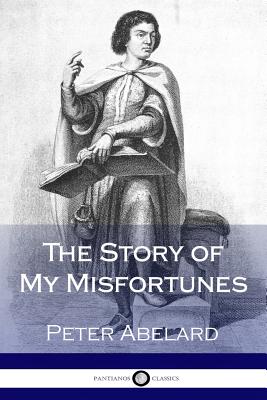 Peter Abelard reflects on his life, which was marked by the discovery of his relationship with Heloise, with whom he conceived a child out of wedlock.
As much a historical portrait of the Medieval era as a personal memoir, The Story of My Misfortunes is Abelard's own account of his origins, life and dramatic downfall. Born to a minor noble in Brittany, the young Peter demonstrated intellectual aptitude as he absorbed the writings of the ancient Greek philosophers, as well as the Biblical lore.
By the time was a young adult, Abelard had demonstrated a great skill for both teaching and speaking in public. His lectures would draw crowds, and it was with this newfound fame and prominence that he gained a position with Fulbert - a prominent local canon and the father of Heloise, who desired that his daughter be well-educated. This fateful employment would set in motion the tragic romance of Abelard and Heloise.
Despite his disgrace, Abelard remained one of the 12th century's finest scholars, renowned for his command of logic and his theological knowledge - at the time, a strong affinity with religious lore was necessary for all learned men. However it was his illicit romance with the young Heloise that would cement his reputation for the ages; a drama which has been popularized by adaptations through the eras, and the tragedy of the relationship retains a gripping, sorrowful quality to this day.