The Issue with Chronology (Paperback) 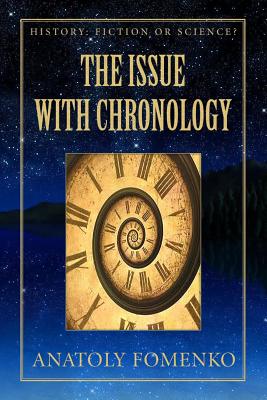 By Anatoly Fomenko
$24.45
Email or call for price.

NASA research of earth-moon mechanics of late astrophysicist Robert Newton leads Russian mathematicians to a breakthrough in the chronology of the world history that crowns 30 years of meticulous and extensive research. This research was actually an anecdotical byproduct of Russian-American competition in Moon exploration.'The The issue with Chronology' is the first volume in "History: Fiction or Science?" e-series, the fundamental oeuvre that exposes and expounds the numerous in-veracities of the traditional version of history. The E-series "History: Fiction or Science?" contains data and conclusions that aren't anything short of revolutionary. The alternatives offered to classical history are stunning, unorthodox to the extent of being labeled heretical by virtually every scholar of history. In "The Issue with Chronology" we are reminded of when the contemporary chronological scale was created and by whom, with the culprits named as the XVI-XVII century clergy that was in charge of all matters historical in that age. We also learn that the consensual model of history had prominent critics ever since its creation - among them such names as Sir Isaac Newton and Jean Hardouin, chief librarian of Louis XIV, the Sun King of France and collector of Louvre museum. The author dissects every historical age and analyzed the data from every source imaginable - Roman and Egyptian chronology take a good beating, and it goes rapidly downhill from there. Poggio Bracciolini and Petrarch take the blame for creating the legend of a mythical Classical age that never was. The Biblical events are moved a lot closer to us historically, as well as geographically (the Biblical Jerusalem being identified with the mediaeval Constantinople, for instance). The New and the Old Testament swap their positions on the chronological scale, both exposed as referring to mediaeval events. Our perception of history begins to change dramatically even before we're through with "The Issue with Chronology". On one hand, Dr. Fomenko et al call everybody, historians including, to apply the Occam's razor to the world history. On the other, the scientists Dr. Fomenko et al are ready to recognize their alleged mistakes of New Chronology theory, to repent and to retract if and only if: - radiocarbon dating methods or dendrochronology pass a rigorous anonymous 'black box' tests; - verifiable astronomic data refutes their results on solar eclipses; - it is proven irrefutably that Robert Newton (NASA astrophysicist) was wrong calling 'ancient' Ptolemy the greatest con man in history in his 'Crime of Claudius Ptolemy'; The radiocarbon dating labs run their very costly tests only if the sample to be dated is accompanied with an idea of age pronounced by historians on basis of...subjective..mmm...gutfeeling. Radiocarbon labs happily bill for their fiddling and fine-tuning with C14 hardware to get the dates 'to order' of historians. The first circular calibration curve was made by mid-fifties by Radiolab of Arizona Univesity with samples from 'Ancient' Egypt provided by the expedition of the same University. Circulus Vicious is perfect. Connect the dots PS: Prescient Saint Augustine warned: 'be wary of mathematicians, particularly when they speak the truth '. That's why Jesuits took over control of Chronology in XVI cy when it was a part of mathematics. Now the mathematicians take it back. The New Chronology theory based on exact sciences says that all events that took place allegedly over 1300 years ago, as well as real persons who took part in them, are simply unknown to us. Dr. Anatoly Fomenko is a Full Member (Academician) of the Russian Academy of Sciences, Full Member of the Russian Academy of Natural Sciences, Full Member of the International Higher Education Academy of Sciences, Doctor of Physics and Mathematics, Professor, Head of the Moscow State University Department of Mathematics and Mechanics.