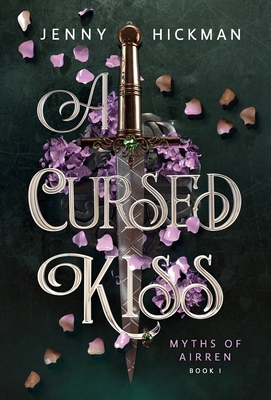 Living on an island plagued by magic and mythical monsters isn't a fairy tale... it's a nightmare.

After Keelynn witnesses her sister's murder at the hands of the legendary Gancanagh, an immortal creature who seduces women and kills them with a cursed kiss, she realizes there's nothing she wouldn't do to get her back. With the help of a vengeful witch, she's given everything she needs to resurrect the person she loves most.

But first, she must slay the Gancanagh.

Tadhg, a devilishly handsome half-fae who has no patience for high society-or propriety-would rather spend his time in the company of loose women and dark creatures than help a human kill one of his own.

That is until Keelynn makes him an offer he can't refuse.

Together, they embark on a cross-country curse-breaking mission that promises life but ends in death.

A Cursed Kiss is the first in a series of *stand-alone* interconnected dark romantic fantasies inspired by Irish mythology with a happily-ever-after ending. It's perfect for readers who enjoy stories with enemies-to-lovers and a touch of magic. A Cursed Kiss features sizzling romance that rates a 6 on the Romantic Content Rating System.