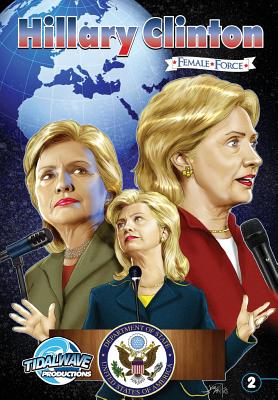 As the country prepares itself for the 2016 presidential elections, former Secretary of State Hillary Rodham Clinton decides to make a second attempt to become the nation's first female President. Can she run on her record? Her likability? And how will lingering questions about Benghazi and her email inform her choice?

As featured on CNN, FOX News, Time Magazine, The Washington Post, LA Times, OK Magazine, and MSNBC Female Force is a series that features biographies on strong, independent women in modern politics. Read about the world of Hillary Clinton in comic book form