Carlos Marcello: The Man Behind the JFK Assassination (Paperback) 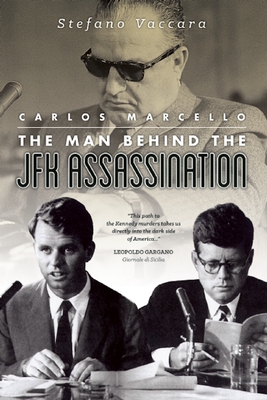 By Stefano Vaccara
Email or call for price
Subject to Availabilty

The Kennedys were out to destroy Carlos Marcello and his two-billion-dollar empire. But the Boss also knew how to set up a politically sensitive Mafia "hit." A young former marine marksman whom everyone thought unhinged and even crazy was an occasional employee. A defector to the Soviet Union, he had recently returned to the United States with a young Russian wife. Lee Harvey Oswald was the perfect fall guy. Jack Ruby was closely connected to the Marcello crime family and was never allowed to tell his side of the story.

Stefano Vaccara is a journalist and teaches Mafia history at Lehman College CUNY.