The Control of the Past: Herbert Butterfield and the Pitfalls of Official History (IHR Shorts) (Paperback) 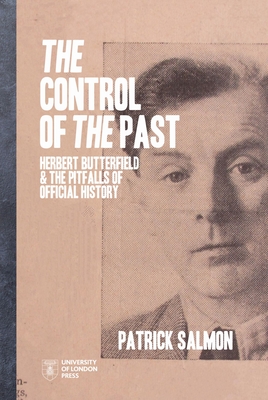 A reflection on nation-building, identity, and the stories governments tell us about ourselves.

In 1949, English historian Herbert Butterfield published “Official History: Its Pitfalls and Its Criteria,” a now-famous diatribe against the practice of publishing official history. Butterfield was one of the earliest and strongest critics of what he saw as the British government’s attempts to control the past through the writing of history. But why was Butterfield so hostile to state-sanctioned history, and why do his views still matter today?
​
This important new book details how successive governments have applied a selective approach to the past in order to tell or retell Britain’s national history. Providing a unique overview of the main trends of official history in Britain since World War II, the book details how Butterfield came to suspect that the British government was trying to suppress vital documents revealing the Duke of Windsor’s dealings with Nazi Germany. This seemed to confirm his long-held belief that all governments would seek to manipulate history if they could and conceal the truth if they could not.

At the beginning of the twenty-first century, official history is still being written. The Control of the Past concludes with an insider’s perspective on the many issues it faces today—on freedom of information, social media, and reengaging with our nation’s colonial legacy. Governments have recently been given many reminders that history matters, and Butterfield’s work reminds us that we must remain vigilant in monitoring how they respond to the challenge.

Patrick Salmon is chief historian at the Foreign, Commonwealth and Development Office, a department of the government of the United Kingdom. He is a fellow of the Royal Historical Society and a foreign member of the Norwegian Academy of Science and Letters.