The Trials and Triumphs of Les Dawson (Hardcover) 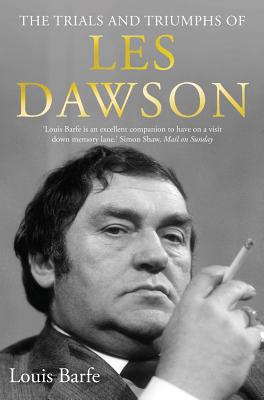 By Louis Barfe
Email or call for price
Subject to Availabilty

The first ever narrative biography of a towering figure in British comedy Les Dawson, more than any other comedian, spoke for the phlegmatic, pessimistic British way of life. A Northern lad who climbed out of the slums thanks to an uncommonly brilliant mind, he was always the underdog, but his bark was funnier and more incisive than many comics who claimed to bite. Married twice in real life, he had a third wife in his comic world—a fictional ogre built from spare parts left by fleeing Nazis at the end of World War II—and an equally frightening mother-in-law. He was down to earth, yet given to eloquent, absurd flights of fancy. He was endlessly generous with his time, but slow to buy a round of drinks. He was a mass of contradictions. In short, he was human, he was genuine, and that's why audiences loved him. This is his story.

Louis Barfe has written for the Independent on Sunday, New Statesman, the Oldie, Private Eye, and Publishing News. His books include Turned Out Nice Again: The Story of British Light Entertainment and Where Have All the Good Times Gone: The Rise and Fall of the Record Industry.