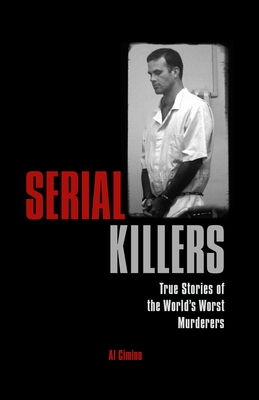 By Al Cimino
$14.99
Available at Warehouse

Ted Bundy had the power to charm women. With his arm in a fake sling, he used to ask them to help him get his sailboat down off his car, but first they had to go to his house ...
Joanna Dennehy stabbed her lover Kevin Lee in the heart, dressed him in a black sequin dress, and dumped him in a ditch. To celebrate, she played Britney Spears' 'Oops ... I Did It Again' down her phone and then helped torch Lee's Ford Mondeo. Serial killers are the ultimate outlaws. They step outside not just the law but all human norms. They are fascinating because they are almost impossible to understand. It's comforting to know that all the serial killers featured here are now either dead or behind bars. Nevertheless, this book is not for people of a nervous disposition.

Al Cimino is the author of over 100 books including The History of the Mafia, House of Horrors, Killers-the Most Barbaric Murderers of Our Time, The World's Ten Most Evil Men, Underbelly UK: Vigilantes, Australian True Crime, The World's Most Evil Gangsters, Lone Gunmen, Against Their Will, The Mafia Files, The Murder of Tina Sharp, The Cleveland Kidnappings and The Disappeared.