The Fear of 13: Countdown to Execution: My Fight for Survival on Death Row (Paperback) 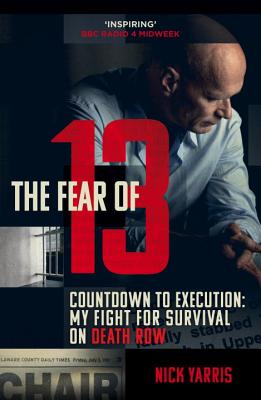 By Nick Yarris
Email or call for price
Out of Print

'Somewhere in each of us is the blackest pit from which few ever return. I had found mine.' Found guilty of the rape and murder of a woman he had never met, Nick Yarris was sentenced to death. With appeal after appeal failing he spent 22 years waiting to die. This is the true and amazing story of how he survived Death Row.

Nicholas Yarris was sentenced to death for a crime he didn’t commit and ended up serving 22 years on Death Row, this harrowing experience shaping the rest of his life inexorably. After finally being released Nicholas moved away from his hometown of Philadelphia, and now lives with his family in the UK.

"A very thought-provoking but uncomfortable book that needs to be read." —Inside Time