On The Pleasure Principle In Culture: Illusions Without Owners (Hardcover) 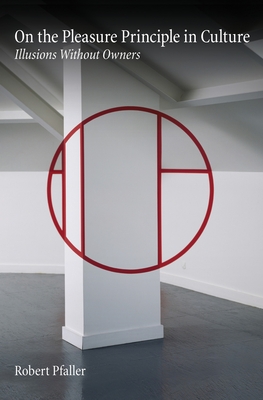 In this fascinating work of cultural theory and philosophy, Robert Pfaller explores the hidden cost of our contemporary approach to pleasure, belief and illusion.


Sports, design, eroticism, social intercourse and games – indeed, all those aspects of our culture commonly deemed ‘pleasurable’–seem to require beliefs that many regard as illusory. But in considering themselves above the self-deceptions of the crowd, those same sceptics are prone to dismissing a majority of the population as naive or misguided. In doing so, they create a false opposition between the ‘simple’ masses and their more enlightened rulers. And this dichotomy then functions as an ideological support for neoliberal government: citizens become irrational victims, to be ruled over by a protective security state. What initially appears to be a universal pleasure principle – the role of ‘anonymous illusions’ in mass culture – in this way becomes a rationale for dismantling democracy.

Robert Pfaller teaches Philosophy and Cultural Theory as Associate Professor at the University of Art and Industrial Design in Linz, Austria.

"But let's go back to belief, to the cliché that today we have lost belief. This is nothing more than a pseudo-debate: today we believe more than ever—and this is the problem, as Robert Pfaller has shown. The concepts of the debate are therefore no longer the same. Unfortunately, however, the great majority of philosophers haven't stepped up to the challenges at this high level, and thus they burden us with false answers."—Slavoj Žižek