Point of no Return (Paperback) 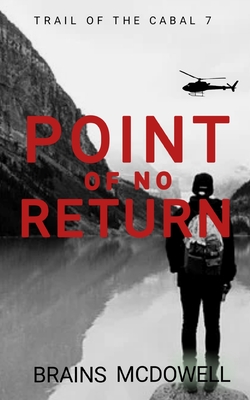 Siva gives up trying to ask that his life be spared inside the underground sniper unit, where he has found his kidnapped adoptive son, named Bobosky. The biological father of the boy has asked that the boy be killed along with Siva in a slow-motion death, the video of which he has ordered to be brought for him to see. Siva and the boy's horrible - and ultimately victorious - story is McDowell Brains' Trail of the Cabal series 7of 7 book, POINT OF NO RETURN.