The Winning of the West, Vol. II (in four volumes): From the Alleghanies to the Mississippi, 1777-1783 (Paperback) 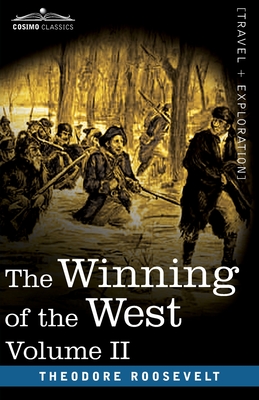 "During the past three centuries the spread of the English-speaking peoples over the world's waste spaces has been not only the most striking feature in the world's history, but also the event of all others most far-reaching in its effects and its importance." --Theodore Roosevelt, The Winning of the West, Vol. I

The Winning of the West Vol. II--From the Alleghanies to the Mississippi, 1777-1783 (1889) is the second part of Theodore Roosevelt's four-volume exciting saga about the settling of the American West. Many considered this Roosevelt's most important book.

Volume II describes the first settlers from the East Coast moving to the land between the Ohio and Tennessee Rivers. It specifically describes the adventures of frontiersman Daniel Boone and George Rogers Clark, militia officer during the American Revolutionary War.