Only Wanna Be with You: The Inside Story of Hootie & the Blowfish (Hardcover) 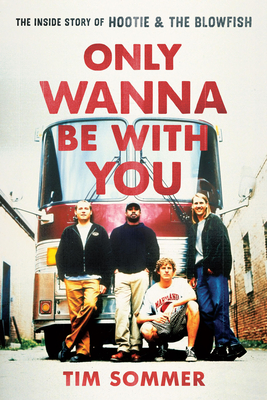 Experience the exclusive, behind-the-scenes story of one of the biggest bands of the nineties

In 1985, Mark Bryan heard Darius Rucker singing in a dorm shower at the University of South Carolina and asked him to form a band. For the next eight years, Hootie & the Blowfish--completed by bassist Dean Felber and drummer Soni Sonefeld--played every frat house, roadhouse, and rock club in the mid-Atlantic and Southeast, becoming one of the biggest independent acts in the region.

In Only Wanna Be with You, Tim Sommer, the ultimate insider who signed Hootie to Atlantic Records, pulls back the curtain on a band that defied record-industry odds to break into the mainstream by playing hacky sack music in the age of grunge. He chronicles the band's indie days; the chart-topping success--and near-cancelation--of their major-label debut, cracked rear view; the year of Hootie (1995) when the album reached no. 1, the Only Wanna Be with You music video collaboration with ESPN's SportsCenter became a sensation, and the band inspired a plotline on the TV show Friends; the lean years from the late 1990s through the early 2000s; Darius Rucker's history-making rise in country music; and one of the most remarkable comeback stories of the century. Featuring extensive new interviews with the band members, some of their most famous fans, and stories from the recording studio, tour bus, and golf course, this book is essential reading for Hootie lovers and music buffs.

Tim Sommer, a widely published music journalist, has enjoyed stints as an Atlantic Records A&R representative and an MTV and VH1 news VJ and producer.