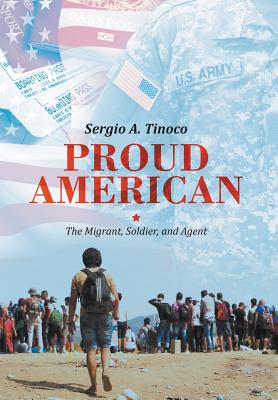 By Sergio Tinoco
Email or call for price
Subject to Availabilty

Being the only child of a single mother, Sergio was raised by his maternal grandparents in a South Texas region better known as the Rio Grande Valley. This memoir details the upbringing of a poor Migrant worker of Mexican descent having to pick crops for a living since the age of seven. As a way to break from the family cycle of picking crops and depending on government welfare programs, he joined the United States Army and served ten years active duty. He deployed to Bosnia-Herzegovina shortly after the Bosnian War only to find and deal with the aftermath of the genocide that took place there and be caught in the middle of several attacks. His experiences in Bosnia ultimately led to experiencing signs and symptoms related to PTSD. After completing ten years of military service, Sergio joined the U.S. Border Patrol. Being of Mexican descent, having family in south Texas, and in Mexico gave way to new issues of having to counter threats against his family and ill-willed opinions of him for arresting and deporting "his own kind."