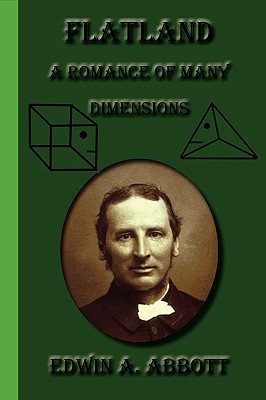 A satirical novella is set in the world of Flatland. Edwin Abbott Abbott writes pseudonymously as "A. Square" a plane form living in a two dimensional reality in order to offer pointed observations on the social hierarchy of Victorian culture. His place in the social hierarchy is in the middle class, and he describes effectively the other classes within his world. The dangerous Women, or single lines, the dull yet powerful Isosceles Triangles, or soldiers and laymen, the Equilateral Triangle, or tradesmen, the Nobility class, or Polygon class, and the Circles, or Priests, all combine to make a social order within Flatland. Their existence is complete with class strife, discrimination, alteration, regulation, wars, and power struggles, just as any other society in existence. When A. Square dreams of another world, Lineland, he is struck by a need to explain to the inhabitants the error of their one dimensional viewpoints and introduce them to a second dimension. Noted science writer Isaac Asimov described Flatland as "The best introduction one can find into the manner of perceiving dimensions" in a foreword to one publication. As such, the work is still popular amongst mathematics, physics and computer science students.