The Dakota Hunter: In Search of the Legendary DC-3 on the Last Frontiers (Hardcover) 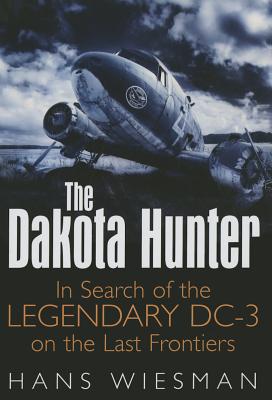 By Hans Wiesman
Email or call for price
Out of Print

This book tells the story of a Dutch boy who grew up during the 1950s in post-war Borneo, where he had frequent encounters with an airplane, the Douglas DC-3, aka the C-47 Skytrain or Dakota of World War II fame. For a young boy living in a remote jungle community, the aircraft reached the proportions of a romantic icon, as the essential lifeline to a bigger world for him, the beginning of a special bond. In 1957 his family left the island, and all its residual wreckage of World War II, and he attended college in The Hague. After graduation he started a career as a corporate executive, and met the aircraft again during business trips to the Americas. His childhood passion for the Dakota flared up anew, and the fascination pulled like a magnet. As if predestined, or maybe just looking for an alibi to come closer, he began a business to salvage and convert Dakota parts, which meant first of all finding them. As the demand for these war relic parts and cockpits soared, he began to travel the world to track down surplus, crashed or derelict Dakotas. He ventured deeper and deeper into remote mountains, jungles, savannas and the seas where the planes are found, usually as ghostly wrecks but sometimes still in full commercial operation. In hunting the mythical Dakota he often encountered intimidating or dicey situations in countries plagued by wars or revolts, others by arms and narcotics trafficking, warlords and con men. This book describes his multiple expeditions in search of the remains of the Dakota legend. It takes the reader to some of the remotest spots in the world, but once there one is often greeted by the comfort of what was once the West's apex in transportation--however now haunted by the courageous airmen of the past.