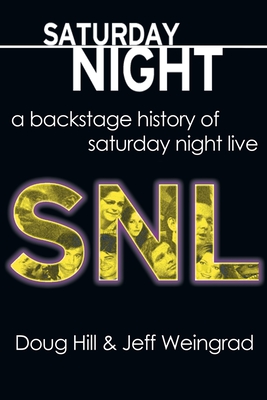 Saturday Night is the intimate history of the original Saturday Night Live, from its beginnings as an outlaw program produced by an unruly band of renegades from the comedy underground to a TV institution that made stars of John Belushi, Bill Murray, Chevy Chase, Gilda Radner, Jane Curtin, Laraine Newman, Garrett Morris, Joe Piscopo and Eddie Murphy. This is the book that revealed to the world what really happened behind the scenes during the first ten years of this groundbreaking program, from the battles SNL fought with NBC to the battles fought within the show itself. It's all here: The love affairs, betrayals, rivalries, drug problems, overnight successes, and bitter failures, mixed with the creation of some of the most outrageous and original comedy ever. "It reads like a thriller," said the Associated Press, "and may be the best book ever written about television." "An anthropological masterpiece." - Vanity Fair "A chilling real-life cliffhanger." -Washington Post.