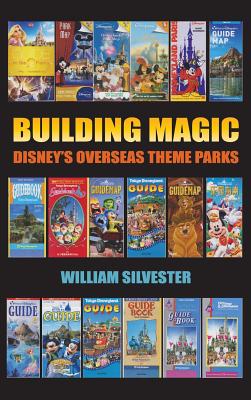 This is the HARDBACK version. This is the exciting, behind the scenes story of the overseas Disney theme parks. Discover why they were built where they are, who wanted them constructed and the problems and controversies that were faced in the building and expansion of these magical places. The first Disney theme park outside of the United States opened near Tokyo, Japan in 1983 and expanded to include a second park, Tokyo DisneySea in 2001. The second was erected in 1992, just outside Paris, France under the name Euro Disneyland, changed its name to Disneyland Paris a few years later and added a second venue, Walt Disney Studios Park, in 2002. The third opened as Hong Kong Disneyland in 2005 and a fourth, in Shanghai, China, welcomed the public in mid-June, 2016. Here you will find the background story of each park from preconception to opening day followed by a tour of the park pointing out what is there, what is new, what is different from the U.S. parks, what is the same, and in many cases, what is coming in the future, to give readers an in depth look at the history and future of the overseas Disneylands. Building Magic: Disney's Overseas Theme Parks also answers the burning question, "If I've been to Disneyland and Walt Disney World, is it worth my while going to the overseas parks?" Find the answer inside.