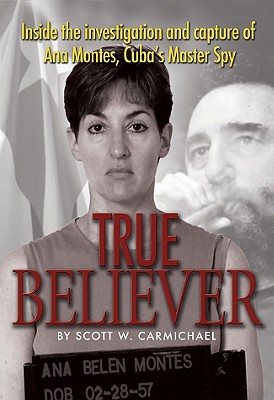 Ana Montes appeared to be a model employee of the Defense Intelligence Agency (DIA), advancing quickly through the ranks to become its top analyst on Cuban affairs. But for sixteen years Montes sent Castro some of America's most closely guarded secrets and at the same time influenced what the United States thought it knew about Cuba. She is the only member of the U.S. intelligence community ever convicted of espionage for the Cuban government, yet her arrest ten days after 9/11 went largely unnoticed. This inside account of the investigation was written by the DIA counterintelligence investigator who first became suspicious of her activities and, with the FBI, worked over a period of several years to develop a solid case against Montes. Carmichael offers readers a front-row seat on that long and ultimately successful spy hunt.