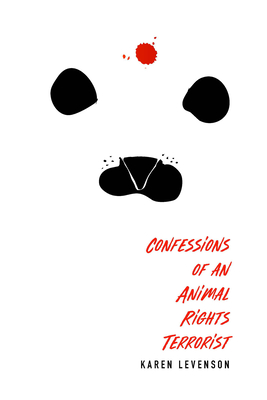 A searing memoir of an animal rights campaigner’s effort to stop Canada’s seal hunt, while handling domestic abuse and her partner’s long-term illness.

When two government agents asked Karen Levenson whether she knew any terrorists or was one herself, she couldn’t have been more astonished. Passionately and professionally engaged in the struggle to end Canada’s seal hunt, she considered her efforts to persuade chefs to boycott Canadian seafood, her deep-dive investigation of hunt economics, and her campaign to end animal suffering not only as far from terrorism as possible, but the mission she’d been called upon to do since she was a child. But, as she relates in her vividly told and revelatory memoir, Levenson’s life has been marked by waves of unwarranted accusations and implicit or explicit violence: whether from government agencies, sealers, or even family members.

Confessions of an Animal Rights Terrorist is at once an insider’s account of the decades-long attempt to end the seal hunt; an absorbing exploration of one woman’s growing awareness of animal cruelty and her emerging confidence, commitment, and knowledge; and a searingly honest memoir of domestic violence, caregiving, and the possibility of redemption. By turns infuriating, funny, and deeply moving, Confessions of an Animal Rights Terrorist reveals the extraordinary journey of an ordinary woman who comes face to face with breathtaking cruelty and does what she can to stop it.

Karen Levenson is a writer and researcher, who currently serves as a consultant to Alley Cat Allies. For ten years, she worked as a researcher on Canada’s commercial seal hunt, and was director and campaign coordinator for the Animal Alliance of Canada, for whom she lobbied to revise the codes of practice for farmed animals and farmed animal transport regulations. She currently lives in Guelph, Ontario.