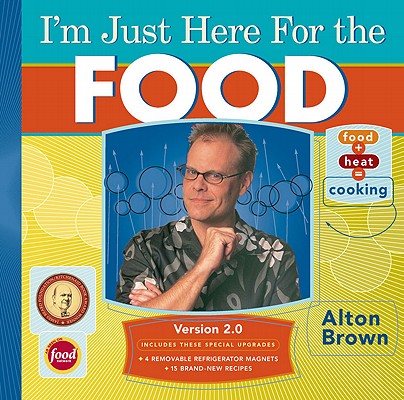 By Alton Brown
Email or call for price
Out of Print

Alton Brown is the writer, director, and host of the popular Food Network television show Good Eats, and is the resident food historian, scientist, color commentator, and host of the network’s Iron Chef America series. In 2004, Brown was selected the Bon Appétit American Food & Entertaining Awards Cooking Teacher of the Year. He is a regular contributor to Bon Appétit and Men’s Journal magazines. He lives in the southern United States with his wife and daughter.