Behind the Dolphin Smile: A True Story that Will Touch the Hearts of Animal Lovers Everywhere (Paperback) 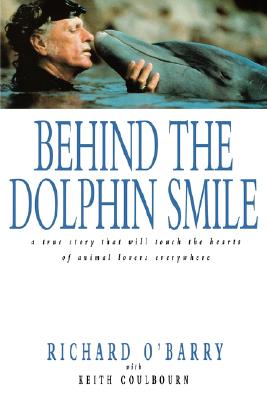 By Richard O'Barry, Keith Coulbourn
$16.95
Email or call for price.

People who have faced death often speak of their lives flashing before their lives. Something much different happened to dolphin trainer Richard O'Barry when one of the dolphins that played Flipper on television died of stress in his arms. He realized that most of his career as an animal trainer had been a mistake and that dolphins have as much right to freedom as humans. He vowed not to rest until he freed every last dolphin that could be returned to the wild successfully.

This is a true story that will move not only animal lovers but everyone who loves a well-told tale. Ric O'Barry had everything-money, flashy cars, pretty women-but it wasn't enough to keep his conscience at bay. He began to understand that dolphins were easy to train because of their great intelligence, not his great talent, and keeping them in captivity was cruel and morally wrong. While research and entertainment are important to human life, they are not worth the cost to these beautiful and gentle animals.

O'Barry was arrested trying to free a dolphin, but that didn't stop him, and he now devotes his life to untraining dolphins and returning them to their natural habitats. Once the pride of the billion-dollar dolphin captivity industry, he has since become its nemesis.

Richard O'Barry, founder and executive director of Dolphin Project, Inc., is a world-renowned advocate for dolphin freedom. He received the 1991 United Nations Environmental Achievement Award for his accomplishments in dolphin re-adaptation. He lives in Coconut Grove, Florida.

Keith Coulbourn is a mystery writer and former newspaper journalist. He lives in Miami, Florida.

"To call this book riveting would be an understatement; it is absolutely fascinating." --Australia Times