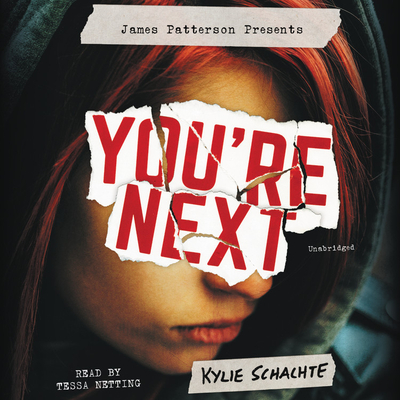 By Kylie Schachte, James Patterson (Foreword by)
$30.00
Available at Warehouse

When a girl with a troubled history of finding dead bodies investigates the murder of her ex, she uncovers a plot to put herself -- and everyone she loves -- on the list of who's next.
Flora Calhoun has a reputation for sticking her nose where it doesn't belong. After stumbling upon a classmate's body years ago, the trauma of that discovery and the police's failure to find the killer has haunted her ever since. One night, she gets a midnight text from Ava McQueen, the beautiful girl who had ignited Flora's heart last summer, then never spoke to her again.
Just in time to witness Ava's death from a gunshot wound, Flora is set on a path of rage and vengeance for all the dead girls whose killer is never found. Her tunnel-visioned sleuthing leads to valuable clues about a shocking conspiracy involving her school and beyond, but also earns her sinister threats from the murderer. She has a choice: give up the hunt for answers, or keep digging and risk her loved ones' lives. Either way, Flora will regret the consequences. Who's next on the killer's list?

Kylie Schachte graduated from Sarah Lawrence College where she studied writing, theatre, and psychology. Currently, she lives in Portland, Oregon, where she works as a tutor and mentor to a group of badass teenage girls. You're Next is her first novel.
James Patterson has had more New York Times bestsellers than any other writer, ever, according to Guinness World Records. Since his first novel won the Edgar Award in 1977 James Patterson's books have sold more than 375 million copies. He is the author of the Alex Cross novels,the most popular detective series of the past twenty-five years, including Kiss the Girls and Along Came a Spider. He writes full-time and lives in Florida with his family.