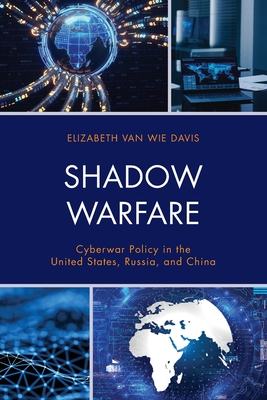 Cyberwarfare--like the seismic shift of policy with nuclear warfare--is modifying warfare into non-war warfare. A few distinctive characteristics of cyberwar emerge and blur the distinction between adversary and ally. Cyber probes continuously occur between allies and enemies alike, causing cyberespionage to merge with warfare. Espionage--as old as war itself--has technologically merged with acts of cyberwar as states threaten each other with prepositioned malware in each other's cyberespionage-probed infrastructure. These two cyber shifts to warfare are agreed upon and followed by the United States, Russia, and China. What is not agreed upon in this shifting era of warfare are the policies on which cyberwarfare is based. In Shadow Warfare, Elizabeth Van Wie Davis charts these policies in three key actors and navigates the futures of policy on an international stage. Essential reading for students of war studies and security professionals alike.

Elizabeth Van Wie Davis is Professor at the Colorado School of Mines. She has published four books, including, Ruling, Resources and Religion in China (Palgrave, 2012) and Islam, Oil and Geopolitics (Rowman & Littlefield, 2007).