The European Union After Brexit (Hardcover) 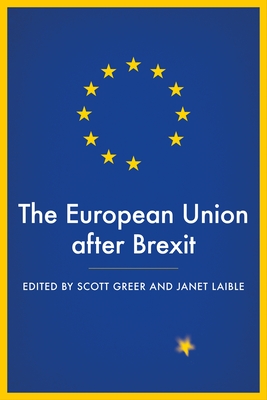 The European Union after Brexit addresses the forces and mechanisms at work during an unprecedented transformation of the European polity. How will the EU operate without one of its key diplomatic and international military partners? What will happen to its priorities, internal balance(s) of power and legislation without the reliably liberal and Eurosceptic United Kingdom? In general, what happens when an 'ever closer union' founded on a virtuous circle of economic, social, and political integration is called into question?

Though this volume is largely positive about the future of the EU after Brexit, it suggests that the process of European integration has gone into reverse, with Brexit coming amidst a series of developments that have disrupted the optimistic trajectory of integration. Covering topics such as international trade, freedom of movement, and security relations, this book answers a need for a one-stop source of strong research-based discussions of Brexit.