Labour United and Divided from the 1830s to the Present (Hardcover) 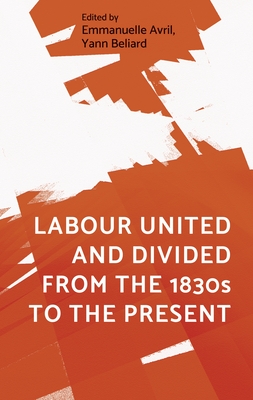 This book seeks to renew and expand the field of British Labour Studies, setting out new avenues for research in a context which makes the revisiting of past struggles and dilemmas more pressing than ever. It offers a novel alternative to the classic, linear, teleological tale of an unstoppable 'forward march of labour', without endorsing the neoliberal arguments that class is dead and that the labour movement, weakened and atomised, is a thing of the past.

Spanning a period which stretches from the nineteenth century to the present day, this collection examines the interaction between trade unions, the Labour Party, other parties of the left, as well as groups such as the Co-op movement and the wider working class. In doing so it highlights the dialectic nature of these relationships, marked in turn - and sometimes at the same time - by consensus and dissention. It shows that, although perceived as a source of weakness, inner conflicts have also been a source of creative tension and at times have generated significant breakthroughs.

The book brings together well-established labour historians and political scientists, as well as younger colleagues who are contributing to the renewal of the field. It provides a range of case studies alongside more wide-ranging assessments of recent trends in labour organising. It will be of interest to academics and students of history and politics, as well as practitioners, in the British Isles and beyond.