The Crime of the Century: Richard Speck and the Murders That Shocked a Nation (Compact Disc) 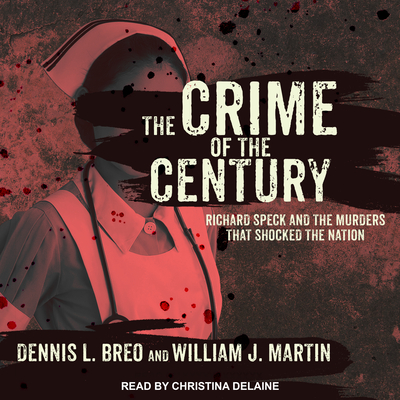 By Dennis L. Breo, William J. Martin, Christina Delaine (Narrated by)
Email or call for price
Out of Print

On July 14th, 1966, Richard Franklin Speck swept through a quiet Chicago townhouse like a summer tornado and stabbed, strangled, and killed eight young nurses in a violent sexual rampage. By morning, only one nurse, Corazon Amurao, had miraculously survived, and her scream of terror was heard around the world. As the eight bodies were carried out of the small building, the coroner, who had seen the carnage up close, told a gathering crowd: It is the crime of the century Now, the prosecutor who put Speck in prison for life (William J. Martin) and the author and journalist who won an award for his coverage of the crime (Dennis L. Breo) have teamed up to recreate the blood-soaked night that opened a new chapter in the history of American crime: mass murder. Corazon Amurao, the nurse the killer left behind, confronted Speck at trial and told jurors, This is the man Richard Speck was spared execution by Supreme Court rulings and here is the inside story of how he confessed to the murders in a sordid prison video made three years before his death of a heart attack in 1991. And here is the life today of the nurse who survived the crime that murdered American innocence.