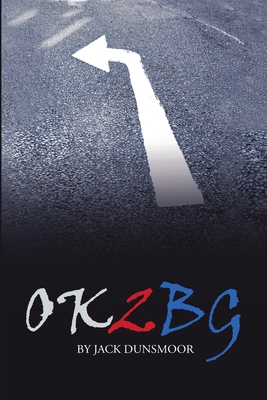 By Jack Dunsmoor
$38.49
Available at Warehouse

OK2BG is narrative nonfiction, a Memoir about a guy who wants to be a Mentor preferably to a teenager, so they can have a decent & meaningful conversation about stuff & preferably with a kid at-risk, or just otherwise lost, in order to help both the teenager as well as the determined subject of this story realize their unique potential & find or reinforce their place in the world. Overall, a chronicle about the author's attempt over several years to understand the question of 'why do I want to be a Mentor' which eventually helps him become a more insightful person. Subsequently in September, 2010 after a plague of teen suicides, Jack turns his attention to researching gay biographies into optimistically appropriate groups of books for gay kids at-risk, from bullying. After 5 years Jack has categorized 2,000+ books in the form of Memoirs, Biographies & Autobiographies written by or about 1,000+ allegedly gay men. The primary message in OK2BG is to read & reassess before you run asunder.

In what begins as a humorous attempt to become involved in a mentor program, Jack...accidentally finds himself drawn into a complex system to help at-risk kids that tests both his emotional and physical strength.

OK2BG is an eye-opening and personal experience of self-discovery that sheds light on a broken system. Written as a memoir compiled from Jack's diary entries of his troublesome days navigating the social work system, he invests much of the memoir on the myriad details of his journey and fight, interjected with self-reflection of his own past and the self doubts of his mission. The most memorable moments are Jack's dreams...but his tenacity and optimism to fulfill both father and big brother roles to those he feels called to help is admirable. - By Dylan Ward, The US Review of Books