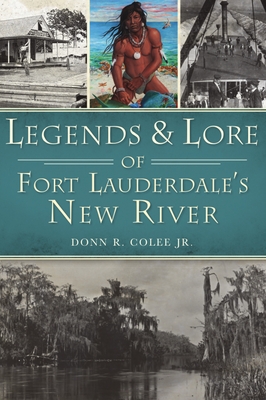 The New River winds its way through a mysterious and tumultuous history, from the whirlpools of a legendary birth to banks stained with the blood of a massacre. Long-lost tribes flourished on the bounty of fish from its crystal-clear water and game from its wooded shores, only to succumb to European weapons and disease. They were replaced by Seminoles and runaway slaves, with a few white pioneers seeking opportunity in the new southern frontier. After the Civil War, a trickle of immigrants became a flood of Confederate refugees and northern opportunists. South Florida's destiny was changed forever when inshore transportation evolved from foot and hoof to inland waterway and steel rails. Schemes to drain the Everglades turned swamp to subdivisions with the New River at its core. Trace the storied arc of Fort Lauderdale's ancient waterway with author Donn R. Colee Jr.