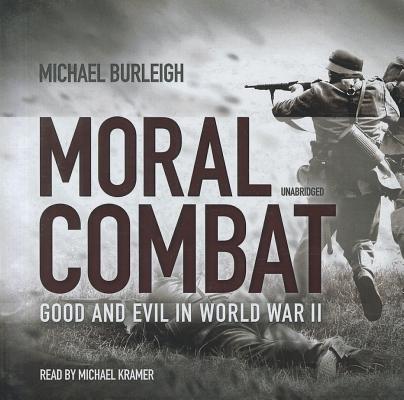 By Michael Burleigh, Michael Kramer (Read by)
$140.00
Email or call for price.

In this sweepingly ambitious overview of World War II, Michael Burleigh combines meticulous scholarship with a remarkable depth of knowledge and an astonishing scope. By exploring the moral sentiments of entire societies and their leaders and how such attitudes changed under the impact of total war, Burleigh presents listeners with a fresh and powerful perspective on a conflict that continues to shape world politics. Whereas previous histories of the war have tended to focus on grand strategy or major battles, Burleigh brings his painstaking scholarship and profound sensibility to bear on the factors that shaped choices that were life-and-death decisions. These choices were made in real time, without the benefit of a philosopher's reflection, giving a moral content to the war that shaped it as decisively as any battle.

Although the Nazis and the Japanese had radically different moral universes from those of their Allied opponents, the Western Allies found themselves aligned with a no less cruel dictatorship after rejecting the option of appeasing aggression. The war was the sum of myriad choices made by governments, communities, and individuals, leading some to enthusiastically embrace evil and others to consciously reject it, with a range of more ambiguously human responses in between. Spanning both major theaters, Moral Combat sheds a revealing light on how entire nations changed under the shock of total war.

Emphasizing the role of the past in making sense of the present, Burleigh's book offers essential insights into the choices we face today--in some circles it is always 1938 and every aggressor is a new Hitler. If we do go to war, we need to know what it will mean for the individuals who command and fight it. Original, perceptive, and astonishing in scholarship and scope, this is an unforgettable and hugely important work of Second World War history.