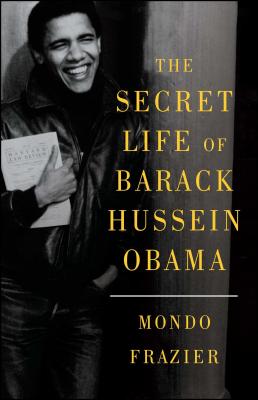 By Mondo Frazier
$20.99
Available at Warehouse

Uncompromising journalist and political commentator Mondo Frazier divulges little-known details and raises unsettling questions about the man elected to the highest position in this country—now with an updated Afterword from the author!

Who is Barack Hussein Obama?

Nothing in the last fifty years—make that the last 235!—has demonstrated the phenomenon of social mania, the madness of crowds, or the forces of irrational behavior as clearly as the events that led to the election campaign of Barack Hussein Obama.

CAN WE AFFORD FOUR MORE YEARS OF LIES?

In this astonishing and timely book, uncompromising journalist and political commentator Mondo Frazier raises unsettling questions about the smooth-talking man seeking reelection to the highest position in this country. For the past four years, his liberal lovers have closed their eyes and ears to the truth, refusing to recognize the shameless, deviously calculated, and treacherous propaganda seeping from the White House.

Frazier fearlessly rips to shreds what he calls The Obama Narrative™, the crowd-pleasing myths perpetrated by Team Obama and the Corporate Mainstream Media (CMM). Backed by scrupulous research, the truth is in these pages—Obama’s still-missing proof of citizenship, his shady associations with controversial headliners and domestic terrorists, his personal “Hate List,” the broken promises and hypocrisies of his administration, the outrageous public gaffes the CMM has deliberately ignored—as Frazier courageously issues an important warning: Watch what Obama does, not what he says.

Mondo Frazier is a graduate of West Liberty State University, Mondo Frazier is founder/editor/writer at Death by a Thousand Papercuts and has published more than 2,000 articles online. Frazier also writes at Big Journalism, Bloggers News Network, and RadarOnline. He’s a native of Moundsville, West Virginia.