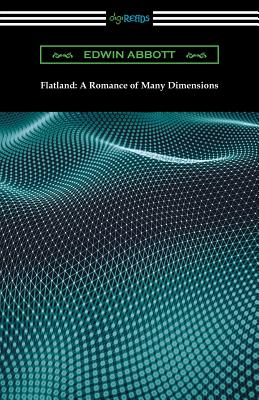 First published in 1884, "Flatland: A Romance of Many Dimensions" is English schoolmaster Edwin Abbott's classic work of science fiction. With the use of a geometric theme, Abbott weaves the fascinating tale of "A Square", an inhabitant of "Flatland", a two-dimensional world where women are portrayed as simple line-segments and men are represented as polygons whose social status is determined by the number and regularity of their sides. Through this device Abbott satirizes the seemingly arbitrary hierarchy of the Victorian era. In addition to a brilliant work of satire "Flatland" is a thought-provoking examination of the bounds of physical space. On the eve of the third millennium "A Square" dreams of a one-dimensional world, "Lineland", that is inhabited by "lustrous points". Subsequently he is visited by "A Sphere", an inhabitant of a three-dimensional world called "Spaceland", which he fails to comprehend until he sees it for himself. Having his mind opened to the existence of other dimensions "A Square" posits the theoretical possibility of the existence of four, five, and six dimensional worlds, an idea which gets him thrown out of "Spaceland" in disgrace. One of the most original pieces of literature ever written, "Flatland" is a witty and satirical adventure that explores the very nature of physical reality itself. This edition is printed on premium acid-free paper.