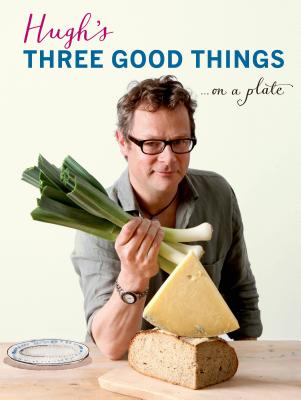 How often have you wished there was a magic formula to simplify cooking? Well, there is. Put three good things together on a plate and, somehow, the whole is always greater and more delicious than the sum of its parts. Looking back over nearly two decades of professional cookery, Hugh Fearnley-Whittingstall has worked out the combinations that make magic. Salty, sweet, crunchy. Sharp, rich, crumbly. Hot, bland, crisp. Think scones with jam and cream, fish and chips with mushy peas, or porridge with golden syrup and cream.

Hugh has used the formula of three to create more than 175 recipes, both well-loved classics and brand new ideas, based on trios like squash, ricotta and ham; eggplant, tomatoes and chickpeas; clams, tomatoes and garlic; chicken, tomatoes and tarragon; pork, potatoes and apples; pasta, zucchini and mozzarella; strawberries, cream and shortbread; and chocolate, ginger and cookies . . . The list goes on.

With sumptuous photography from Simon Wheeler, this book will unlock a whole new world of fantastic food. Three Good Things. It really is that simple.

Hugh Fearnley-Whittingstall is a writer, broadcaster and campaigner. His recent BBC One series Easy Ways to Live Well, alongside comedian Steph McGovern, looked inwardly at our perceptions of healthy eating and wellbeing. Hugh's Channel 4 series have earned him a huge popular following, while his River Cottage books have collected multiple awards including the Glenfiddich Trophy and the André Simon Food Book of the Year. Hugh's additional broadcasting, like the hugely influential Fish Fight, has earned him a BAFTA as well as awards from Radio 4, Observer and the Guild of Food Writers. Hugh lives in Devon with his family.

“Does exactly what it says on the tin and its beauty is in its simplicity.” —The Times

“The recipes in Three Good Things make me look like a much more accompllished chef than I really am. At a recent barbeque I made three of these simple but exquisite flavour combinations to serve as accompaniments. The compliments rained down.” —Guardian

“One for your bookshelf . . . these food matches are meant to be.” —BBC Good Food Magazine

“Stand-alone ingredients that look as good as they taste.” —Scotsman

“Never over-complicate a meal again with Hugh's brilliant lesson in what makes a decent dish.” —Independent