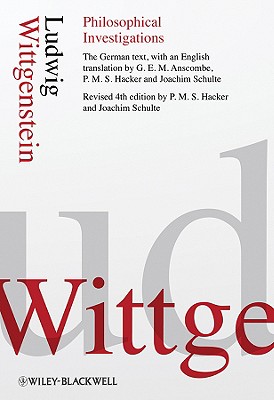 Incorporating significant editorial changes from earlier editions, the fourth edition of Ludwig Wittgenstein's Philosophical Investigations is the definitive en face German-English version of the most important work of 20th-century philosophy