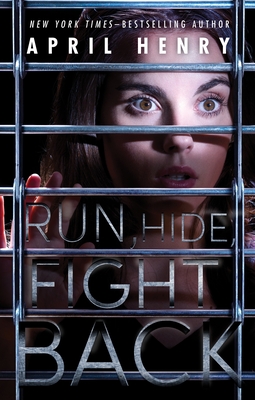 By April Henry
$9.99
Available at Warehouse

Six teens must band together to survive after a shooting breaks out in Run, Hide, Fight Back a high-stakes thriller by New York Times bestselling author April Henry.

When a deadly shooting breaks out in a Portland shopping mall, a diverse group of teens ends up trapped behind a store’s security shutter. To her own surprise, seventeen-year-old Miranda finds the others looking to her as their leader. But she’s hiding a big secret—and she’s not the only one. The group has only three choices: Run, hide, or fight back. The wrong decision will have fatal consequences.

In her masterful style, April Henry crafts an unrelenting thriller with empowering teen heroes. For fans of the breakout YA mysteries This Is Where It Ends and One of Us Is Lying.

April Henry is the New York Times bestselling author of many acclaimed mysteries for adults and young adults, including the YA novels Girl, Stolen; The Girl I Used to Be, which was nominated for an Edgar Award; The Night She Disappeared; and Body in the Woods and Blood Will Tell, Books One and Two in the Point Last Seen series. She lives in Oregon.

"A breathless, suspenseful read. The title alone will grab readers, and the content feels chillingly real."—Booklist