The Revolution That Failed: Nuclear Competition, Arms Control, and the Cold War (Hardcover) 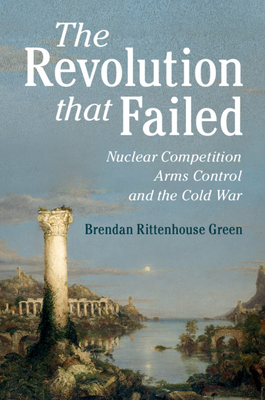 The study of nuclear weapons is dominated by a single theory - that of the nuclear revolution, or mutual assured destruction (MAD). Although such theorists largely perceive nuclear competition as irrational and destined for eventual stalemate, the nuclear arms race between superpowers during the second half of the Cold War is a glaring anomaly that flies in the face of this logic. In this detailed historical account, Brendan Green presents an alternate theoretical explanation for how the United States navigated nuclear stalemate during the Cold War. Motivated by the theoretical and empirical puzzles of the Cold War arms race, Green explores the technological, perceptual, and 'constitutional fitness' incentives that were the driving forces behind US nuclear competition. Green hypothesizes that states can gain peacetime benefits from effective nuclear competition, reducing the risk of crises, bolstering alliance cohesion, and more. He concludes that the lessons of the Cold War arms race remain relevant today: they will influence the coming era of great power competition and could potentially lead to an upsurge in future US government nuclear competition.