It Would Be Night in Caracas (MP3 CD) 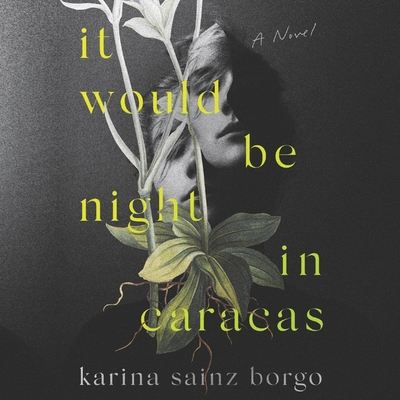 Told with gripping intensity, It Would be Night in Caracas chronicles one woman's desperate battle to survive amid the dangerous, sometimes deadly, turbulence of modern Venezuela and the lengths she must go to secure her future.

In Caracas, Venezuela, Adelaida Falcon stands over an open grave. Alone, except for harried undertakers, she buries her mother-the only family Adelaida has ever known.

Numb with grief, Adelaida returns to the apartment they shared. Outside the window that she tapes shut every night--to prevent the tear gas raining down on protesters in the streets from seeping in. When looters masquerading as revolutionaries take over her apartment, Adelaida resists and is beaten up. It is the beginning of a fight for survival in a country that has disintegrated into violence and anarchy, where citizens are increasingly pitted against each other. But as fate would have it, Adelaida is given a gruesome choice that could secure her escape.

Filled with riveting twists and turns, and told in a powerful, urgent voice, It Would Be Night in Caracas is a chilling reminder of how quickly the world we know can crumble.