The Time Before the Secret Words: On the path of Remote Viewing, High Strangeness and Zen (Paperback) 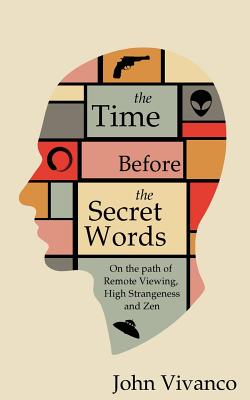 From the Introduction of the book -
We move like ghosts through the ether, silent and undetectable, gathering information that can't be gathered any other way. To Al Qaeda, we are of the Djinn; to the FBI, we are Psychic Spies.
When the Twin Towers fell, we were likely part of some Hail Mary plan the FBI had -- "break glass in case of major terrorist attack only". They knew about us because we had run slightly afoul of them on a treasure hunting project, then again, every intelligence service knew of us. We were a successful Civilian Remote Viewing think tank developed just after it became declassified.
Post 9/11, the FBI brought us in to Remote View future terrorist attacks, and we were successful in helping to prevent another. The odd thing was, even though we were helping prevent terrorist attacks, there was a secretive covert group whose sole job was to shut us down. From setups, to death threats, we dodged as much as we could so we could keep working to bring this amazing ability to the world.
Being a Remote Viewer can also result in an exorbitant amount of High Strangeness. It opens the door to mind-bending projects which force you to see the world in a completely different light. One moment you're working on predicting markets for a hedge fund, the next, you're an inadvertent contact point to an alien species asking you for help.
I didn't arrive at Remote Viewing with the belief I had any psychic ability at all. It was, in fact, the words of Mr. Causey ultimately driving me. As a child, he warned me to always remember the time before words - the moment before thought is created. This obsession sent me on a journey to explore my consciousness and to know the self, where it left me to live in a Zen Center, while running a team of Remote Viewers.