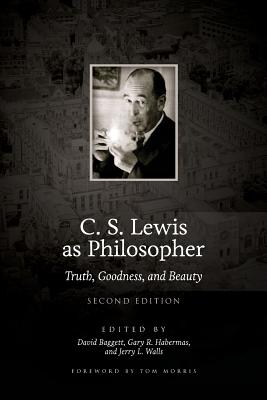 It has been nearly ten years now since the first edition of C. S. Lewis as Philosopher: Truth, Goodness, and Beauty. That decade has seen only growing interest in the philosophical aspects of Lewis's work. What at the time seemed to us to be a rather novel approach to Lewis has become much more common, unsurprising because by both training and temperament Lewis often exhibited the earmarks of a first-rate philosophical mind. It was likely his amazing and eclectic range of interests and talents that concealed his philosophical acumen.

We have intentionally added five major new chapters to the second edition that contribute to a fuller picture of Lewis the philosopher. Our goal remains not to cover all the traditional areas of philosophy, but to show more intentionally some of the rich insights of Lewis's writing that reveal aspects of philosophy and the human condition that, too often in contemporary times, go unaddressed, or at least under-addressed.

For example, Bruce Reichenbach has written an epistemology essay that reveals the way Lewis recognized some aspects of knowledge that often go overlooked. Among such features of knowledge are the ways in which it is perspectival, value-laden, and
personal, but without any of these aspects of knowing detracting from objective truth or the propriety of deeply held convictions.

Another example is Will Honeycutt's chapter that discusses Lewis's penetrating engagement with various pagan myths. Rather than gravitating toward a simple "disassociationist" model in which there is only or primarily a disconnect or dissonance
between Christianity and the pagan myth stories, Honeycutt reveals the way Lewis had the mind of both a philosopher and a poet, a logician and a classicist.

One of Lewis's most important and repeated apologetic arguments went unaddressed in the first edition, and we came to see that it deserved a serious and sustained treatment, namely, the argument from desire. To this end, we commissioned Sloan Lee to write an essay on it, and in his characteristic and charming zeal he ended up writing two terrific chapters. Not only does he meticulously spell out what the argument says and what motivates it; he brilliantly and carefully subjects to withering critical scrutiny no less than five significant objections to the argument.

Stew Goetz wrote the fifth new chapter, in which he discusses the hedonistic elements of Lewis's work. He rightly points out a recurring theme in Lewis: that God's intention is that we experience joy and pleasure. To the contrary of this lending itself to a crass sort of hedonism, however, Lewis's understanding of our high calling in Christ elevates the kinds of pleasure that should satisfy.

In sum, this book has about 35,000 entirely new words of analysis and commentary on Lewis that, combined with all of the original essays in the collection, will hopefully result in a book that will feature prominently in the library of every Lewis aficionado.
Once more the labor that made this edition possible was a labor of love, done in the earnest hope and prayer that the result will be a blessing to many.