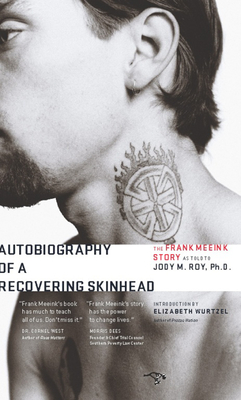 This new edition of the acclaimed Frank Meeink story includes a preface by the author, nine new chapters, an updated epilogue, and resource guides for substance abuse recovery and countering racism. Autobiography of a Recovering Skinhead is Frank Meeink's raw telling of his descent into America's Nazi underground and his ultimate triumph over hatred and addiction. Frank's violent childhood in South Philadelphia primed him to hate. He made easy prey for a small group of skinhead gang recruiters led by his older cousin. At fourteen, he shaved his head. By sixteen, Frank was one of the most notorious skinhead gang leaders on the East Coast. By eighteen, he was doing hard time in an Illinois prison. Behind bars, Frank began to question his hatred, thanks in large part to his African-American teammates on a prison football league. Shortly after being paroled, Frank defected from the white supremacy movement. The Oklahoma City bombing inspired him to try to stop the hatred he once had felt. He began speaking on behalf of the Anti-Defamation League and appeared on MTV and other national networks in his efforts to stop the hate. In time, Frank partnered with the Philadelphia Flyers to launch an innovative hate prevention program called Harmony Through Hockey. He is currently developing a similar program for the Iowa Chops, an AHL team affiliated with the Anaheim Ducks. The story of Frank Meeink's downfall and redemption has the power to open hearts and change lives.

Frank Meeink became a skinhead at thirteen. By eighteen, he was roaming the country as a skinhead leader and Neo-Nazi recruiter with gangs that would beat people indiscriminately. In Illinois he had his own cable-access TV show, "The Reich." He was finally arrested and convicted of kidnapping and beating a member of a rival skinhead gang. While in prison he befriended men he used to think he hated, men of different races. After being released from prison, Mr. Meeink tried to rejoin his old skinhead pals, but couldn't bring himself to hate those whom he now knew to be his friends. He now regularly lectures to students about racial diversity and acceptance, author and founder of Harmony Through Hockey, Mr. Meeink's life stands for tolerance, diversity, and mutual understanding in racial, political, and all aspects of society. Jody M. Roy, PhD, has been studying hatred within American culture, including hate groups and hate gangs, for the past twenty years. In addition to her work as Professor of Communication and Assistant Dean of Faculty at Ripon College, Jody serves on the Board of Directors for the National Association of Students Against Violence Everywhere. Her publications include Love to Hate: America's Obsession with Hatred and Violence (Columbia University Press, 2002).