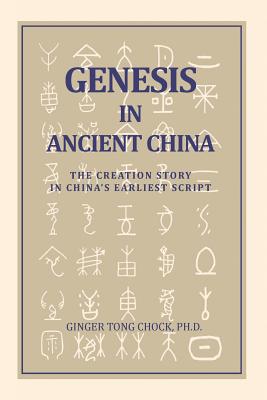 "Genesis in Ancient China: The Creation Story in China's Earliest Script" reveals how the Creation account, as written in the Book of Genesis, is embedded in China's 3500 year old pictographic characters.

By way of their pictographic formations, these ancient character graphs utilized similar Creation images and concepts in depicting the God of China as Creator of heaven and earth, the creation of man from the earthen soil, Adam and Eve, the tree of life, the tree of the knowledge of good and evil, the garden of Eden, the Fall, and more. The Genesis story of Creation is recreated through 39 of these 13th century B.C. carbon dated pictographic characters.

Here is evidence that the Genesis Creation story had somehow reached China at the start her civilization. It also verifies that the God whom the Chinese still call ShangDi, "Lord on High" is the same God of Genesis.