Towards a World War III Scenario: The Dangers of Nuclear War (Paperback) 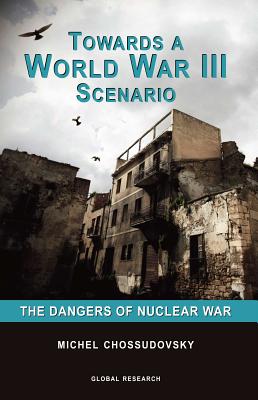 By Michel Chossudovsky
Email or call for price
Subject to Availabilty

The horrors of Hiroshima are not over. The Pentagon is preparing a "pre-emptive nuclear attack" on Iran, and more atomic weapons and targets for the near future. We are on a slippery slope to a total nuclear holocaust.

It is impossible to fully comprehend the devastation which might result from a Third World War, using "new technologies" and advanced weapons. The "international community" has endorsed nuclear war in the name of peace. "Making the world safer" this way could result in a nuclear holocaust.

Nuclear war is a multibillion dollar business for US defense contractors. What threatens is the outright "privatization of nuclear war."

The Pentagon goal is world conquest. US-NATO forces are deployed in many parts of the world at once.

The object of this book is to forcefully reverse the tide of war, challenge the war criminals in high office and the powerful corporate lobbies which support them.