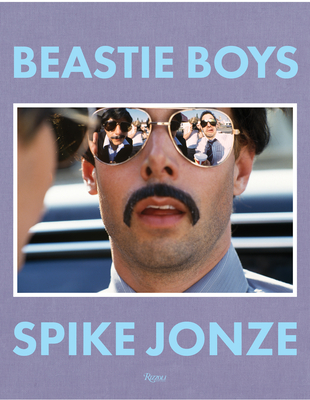 The first book of photography to be published by the Academy Award-winning film director and photographer Spike Jonze. Will appeal to every fan of Beastie Boys and golden-era hip hop, as well as photography and Spike Jonze's own focused audiences.

Spike Jonze and Beastie Boys met for the first time in Los Angeles in 1991, when Jonze went out to photograph the band for the cover of Dirt magazine. A connection formed between the three MCs and the young photographer, which has lasted throughout their careers.

Almost thirty years later--published to coincide with the release on Apple+ of a new documentary, Beastie Boys Story--this book collects for the first time more than two hundred of Spike Jonze's personal photographs of his time spent with the group. Edited and with an afterword by Jonze, and including new writing by Mike Diamond and Adam Horovitz themselves, this book shows an intimate look at the greatest act of the hip-hop generation in their truest colors as only a close friend could see them--from performing live onstage to writing together at Mike's apartment; getting into character for a video to dressing up as old men to hit the basketball court; recording music in the studio to goofing around on the streets of New York.

From the music video for "Sabotage" to the cover of the Sounds of Science album, Spike Jonze is responsible for some of the most iconic images of the band ever made. But here, the emphasis is on the candid, the unexpected, and the real--just pictures of friends who like making stuff together.

Spike Jonze is an award-winning American film director, photographer, and writer. He has won Academy Awards for Best Director (Being John Malkovich, 2000) and for Best Original Screenplay (Her, 2013), as well as a Grammy Award for Best Music Video (Weapon of Choice, 2002). He has written, directed, or produced ten feature films, more than twenty documentaries and shorts, several television shows, and dozens of BMX, skateboarding, and music videos. He is currently the creative director of Vice Media and its television channel Viceland. He lives in Los Angeles and New York.